Home Rules Plot Races Sinners Creation Templates FAQ
Welcome, Guest to the Forest of Zamora where the wolves play. Now in the middle of Summer as the heat waves reach their peaks in the mid of day. Bringing all the animals to the watering holes of the forest and it's easy picking during this season for the prey are bountiful. Hunt until your hearts content and the pack has full bellies. Be sure to keep hydrated and cool the last you want is to be caught weak from the heat.

07/20/18: For those whom are not a member to recieve the message I sent out earlier.. WE ARE REOPENING! We are already open of course, but just going some skin changes is all. I hope to howl at the moon with new wolves soon! ~Love Vix

08/1/18: Just want to let new and old members know that we have our new Global Mod, her name is Nere!

Adroushan Temple
No posts have been made on this board.
Deep within the hottest part of the dessert, you'll find the ruins of a temple that once was a place of worship. It is now claimed by the Adroushan Pack as their home.
0 Threads
0 Posts
Adroushan Lands
No posts have been made on this board.
Lands claimed by Adroushan Pack.
0 Threads
0 Posts
Adroushand Border
HABITS STAY WITH YOU by Alphess Adrasteia Jul 22, 2018 16:55:44 GMT
Where the desert sand and cool grass meets, there is where you will find the border of the Adroushan pack.
1 Thread
1 Post

Adamo Temple
No posts have been made on this board.
Hidden deep in the forest is a fortress of rock and earth. It is camouflaged with trees, making it almost impossible to find. It has been claimed by Adamo Pack as their own.
0 Threads
0 Posts
Adamo Lands
No posts have been made on this board.
Lands claimed by Adamo Pack.
0 Threads
0 Posts
Adamo Border
Lost and found. New Beginnings.(Appari+Hera) by hera Sept 18, 2018 18:55:35 GMT
If you have found the most beautiful place, surrounded by flowers of all kinds and tall trees, then you have found the Adamo pack border.
1 Thread
5 Posts

Astridax
No posts have been made on this board.
A lush place of green grass and beautiful cherry blossom trees. Where the sky is almost always blue and the beauty of nature here is breathtaking. The trees create a canopy of dark and bright pinks with their flowers once in full bloom and when the wind blows them they create a whirlwind of petals.
0 Threads
0 Posts
The Crystal Mines
Crystal Mines Backstory by Admin Vixaria Oct 13, 2017 21:46:08 GMT
While attached to the Hollow of Shadows, this is a whole different part all on its own. The crystals within this section of the hollow are infused with magical properties that are charged by the moonlight. These crystals have also been known to help those who need their powers replenished quickly. By either biting or touching the crystals, the one who has touched it will soon be refreshed in their power. These crystals are only to be used in emergencies and can be dangerous. Also, be wary when you enter this cavern, for you are not alone.
1 Thread
1 Post
Jacaranda Healing Springs
No posts have been made on this board.
Within the Zamora Forest, there is a natural spring that flows into large pools of heated water. These waters are said to have healing properties to help the body of injured or weary wolves. The water here is a bright teal color and very comforting to the touch.
0 Threads
0 Posts
Zamora Forest
Returning Home • OPEN by Alpha Tenebris Aug 1, 2018 1:16:04 GMT
Zamora is the entire forest that ties all the packs together. It is their homeland. Filled with almost every kind of tree in the world. Parts of the forest are deadly and mysterious, while other parts are wonderous and beautiful. Some parts of the forest have yet to be claimed and those parts all kinds of animals share.
1 Thread
10 Posts
Hollow of Shadow
No posts have been made on this board.
The perfect place to relax and have some alone time from the pack. The caverns are home to rare and precious crystals which had yet to ever be discovered by humans. At night the moonlight reflects off the crystals, making the inside of the caverns sparkle. Beware of the predators that often take refuge inside.
0 Threads
0 Posts
Fluorescent Falls
In The Eye of Loneliness (open) by Alphess Nereyda Sept 7, 2018 0:41:21 GMT
The water in this area shines in an array of vibrant colors, illuminating the surroundings with a spectrum of bright tones. The reasons for this water's color is unknown but is thought to be caused by humans. At night especially, the attractiveness of Fluorescent Falls creates a lively atmosphere.
1 Thread
3 Posts
Stellar Fields
A Summers Night - OPEN by Rogue Kraken Jul 27, 2018 18:52:47 GMT
Here are the Stellar Fields. Come and watch as the moon flowers give their spectacular show! Blooming in colors of pastel purple and deep blues. There are a few big rocks in the field to sit upon as you watch in awe
1 Thread
12 Posts
Halo Beach
MAY WE MEET AGAIN by Rogue Kraken Jul 29, 2018 0:31:01 GMT
The shore at Halo Beach is very tranquil. A series of large, round rocks peep through the sand and allow wolves to keep from getting their paws wet. The gentle waves come up onto the beach and wash up a variety of exquisite shells. It is a perfect place to visit on an evening to relax and unwind.
1 Thread
8 Posts
Anita Canyon
THE HUNT by Alpha Appari Jul 31, 2018 6:02:07 GMT
Anita Canyon is the exact opposite of Death Valley. The land here was once claimed by a great pack but now lies unclaimed and open for whoever dares cross her paths. Lush greenery and prey of the plenty roam here.
1 Thread
11 Posts
Whitetop Mountains
No posts have been made on this board.
A mountainous range that seems to be coated in snow year round. Up in the mountains the air is cold and temperatures sometimes reach below zero. It as a beautiful waterfall that flows into a small patch of water. Multiple caves can be found here as well.
0 Threads
0 Posts
Fairy Ring
No posts have been made on this board.
A beautiful scene during the daylight but mostly known for how it appears at night. The Fairy Ring is a plot of land that is surrounded by trees that seem to form a semi-circle leaving a large space free of any trees. The grass is a beautiful lush green and littered with flowers of blues, purples, and whites. The Fairy Ring gets its name from the fireflies that appear starting at dusk and appear to be little fairies dancing from the ground up carrying small lanterns. It is also said that this Fairy Ring has powers during the Blood Moon season. Letting past wolves appear in spirit and speak to the living.
0 Threads
0 Posts
Death Valley
No posts have been made on this board.
Also known as the 'Boneyard', this land is not the best place to be. Once belonging to a great pack and once being a land known for it's beauty is now known to harbor dark secrets and a heavy scent of death. The land is barren and dusty, littered with bones from the 'old'.
0 Threads
0 Posts

The Graveyard
Joining App [Tresa] by Admin Vixaria Jul 16, 2018 20:15:02 GMT
Here you can find old/dead profiles and archived threads.
15 Threads
78 Posts
Discussions
Theme Songs and Voices! by Alphess Nereyda Aug 3, 2018 14:16:05 GMT
Talk it up here! Talk about the site or anything important to you!
4 Threads
9 Posts
Advertising : First Links - Link Backs
Incandescence - Semi-realistic wolf RP by Sammy Feb 7, 2021 18:25:29 GMT
Here you can find our Advertising Boards. If it tells you to login to create a post, you're posting in the wrong place.
96 Threads
127 Posts

Welcome! Please no Disrespect or Advertising! If you need an Admin quickly, go to the Discord server.

Admin Vixaria: Well I am sorry I missed you guys..

Alpha Tenebris: Come on guest join us so we take off!!

Kaden: Okay, I normally join the disccord first but i dont have acess atm soooo can someone give me a run down on the plot or whatever? Just to know the basic idea of whats going on

I am soo sorry I was doing a post

Admin Vixaria: But sure! Pretty much we are an Elemental Wolf site, it's all open plot. We are adding some things to it, soon there will be added monsters to fight. We have added a new race, the Hybrid. It's just a big open world of opportunities ^-^

Admin Vixaria: Goodmorning wolves! I hope everyone has a good day. If I am needed or any of you guests have a question please join the Discord as I will not be home very much today. ^-^

Tresa: Hey guys so for some reason the site wont let me login to my account, and I don't know what the issue is. Was I somehow removed as a member? 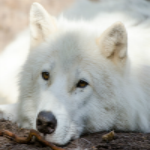 Rogue Kraken: Urg, Ya'll I am so sorry for not being as active as I should be. I've been dealing with rotten migraines for the past week and a half and nothing is curing them and they're making me not want to do anything, especially after working in the house and

Rogue Kraken: out side most of the day. I'm also having internet trouble where it cuts out more then it works -.-

Admin Vixaria: Totally fine loves, everyone is trying to get back into the swing of college or school or life might just have taken a weird turn. It's all good ^-^ 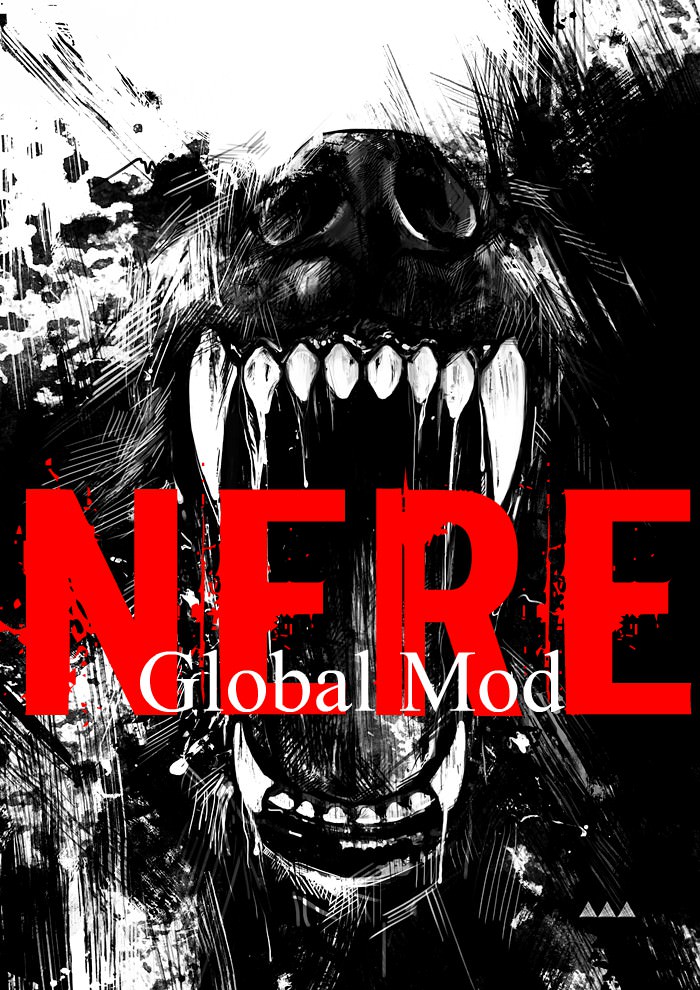 Ratonhnhakéton: Im messaging from myIPOD which hates on so I can't get on often

Ratonhnhaketon: I will be getting my charger Friday.

Everything posted on the shoutbox must be rated no higher than PG-13. Cursing to an extent is permitted however if it gets out of hand, you will warned by a staff member. According to Proboards TOS, harrassment is not tolerated. This includes but is not limited to, constantly asking users to reply to your threads, linking to open threads/want ads, bashing specific forums and/or users will earn you a ban from the shoutbox.

Spamming the shoutbox, which includes but is not limited to posting more than five times in a row, separating one post in ten separate posts, and linking constant obnoxious content will earn you a ban from the shoutbox.

Lastly, while discussions are encouraged, we are all individuals whom have their own beliefs and mindsets and arguments will not be pemitted in the shoutbox. All parties involved in either distracting, moral fracturing, or insulting arguments will be banned from the shoutbox. If you need to reach someone immediately please use our Discord server, it is linked directly to the Admins and they will get your message much faster.